Bay Valley Megacity is to be constructed as a hub of the Industry 4.0 economy. 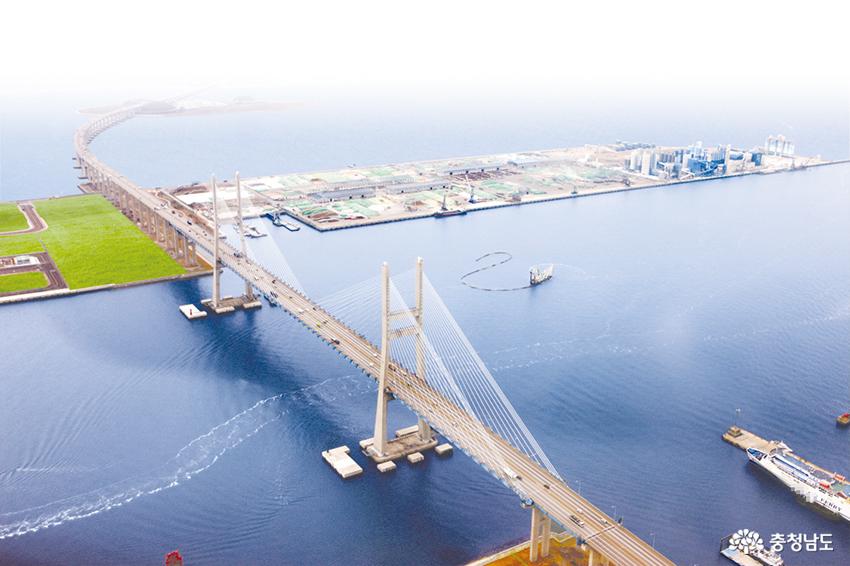 ▲ West Pier of Dangjin Port
Asan Bay area in the northern Chungcheongnam-do and southern Gyeonggi-do
Circular railway, industrial belt, etc.
Balanced national development and co-prosperity
Chungcheongnam-do and Gyeonggi-do plan to develop Asan Bay, an adjacent area of the two provinces, into a wider economic zone. Nine projects will be implemented, including a circular railway connecting Cheonan, Asan, and Pyeongtaek, crossing administrative perimeters.
Here is the overview of the win-win business cooperation agreement to build the Bay Valley Megacity, signed recently by the two provinces.
Construction of a circular railway connecting Cheonan, Asan, and Pyeongtaek
Chungcheongnam-do and Gyeonggi-do plan to construct a circular railway connecting Cheonan, Asan, and Pyeongtaek. The total length of the railway will be 103.7㎞, including an existing route of 91.7㎞ (Gyeongbu line, Janghang Line, and Seohae Line) and a new 12km route (Dangjin Hapdeok to Yesan Sinryewon).
Along existing route, a single track non-electric route between Pyeongtaek and Anjung (13.4㎞) will be converted to a double-track electrified railway. The transportation network expansion between the two provinces will promote exchange and mobility.
Construction of a high-tech industrial belt in the adjacent area
A high-tech industrial belt in the eastern Asan Bay area will be built as one of the core growth zones of Korea. A national industrial complex and industrial belt will be introduced in Cheonan (livestock breeding farm site), Asan (Tangjeong), and Pyeongtaek (Godeok) to establish industry-university-research cooperation between the two provinces to foster future industries.
Chungnam will attract high-tech businesses to Cheonan, Asan, and Dangjin and construct a new industrial complex.
Improving logistics in Dangjin-Pyeongtaek Port
Dangjin-Pyeongtaek Port will be developed as an export base to China through logistics improvements, which will be reflected in the national port basic plan.
Dangjin Port has 30 berths (Songak, Godae, West Pier), and Pyeongtaek Port has 34 berths (inner port, East Pier).
Chungcheongnam-do will strengthen the commercial function of Dangjin Port through the expansion of piers and constructing of waterfront facilities and ship repair sites.
Promoting international tourism in the coastal area
Ansan Daebudo Island and the west coast of Chungnam will be developed as international tourism destinations (K-Gold Coast).
The K-Gold Coast is a project to develop an international tourism belt in the coastal areas of the two provinces, including Asan, Dangjin, Seosan, Taean, Boryeong, and Seocheon in Chungnam, and Ansan and Pyeongtaek in Gyeonggi.
The two provinces will cooperate to build tourism infrastructure and a program for the project.
Building a hydrogen energy convergence industrial belt
A hydrogen energy convergence industrial belt will be built in Dangjin, Asan, and Pyeongtaek to prepare for the global energy transition. Hydrogen-related firms will be supported, and a hydrogen power plant will be built in the industrial complex to establish a hydrogen economic ecosystem. Chungnam will build a hydrogen complex in Dangjin and support the cluster of hydrogen supply manufacturers in Asan.
Besides, the two provinces will collaborate for various tasks, including support of the US military base neighborhood, promotion of a west coast marina hub, the collection and disposal of marine debris, and the preparation of solutions to outstanding issues and a long-term development plan.
Support will also be provided to Asan Dunpo and Pyeongtaek Paengseong in connection with the relocation of the US military base (K-6).
The two provinces will work together towards building a west coast marine hub, promoting the marine leisure industry. A marina port will be built, and yacht and boat routes will be created, paving the way for marine leisure and tourism.
Furthermore, Chungcheongnam-do and Gyeonggi-do will collect and dispose of marine debris to realize a clean West Sea.
Outstanding issues and long-term development strategies of the two provinces will be jointly explored.
ChungNam Institute, Gyeonggi Research Institute, and other institutions will collaborate to establish a basic plan for the Bay Valley Megacity project and explore collaborative projects.
/Kim Jeong-won jwkim87@korea.kr
/Policy Planning Officer, 041-635-3146 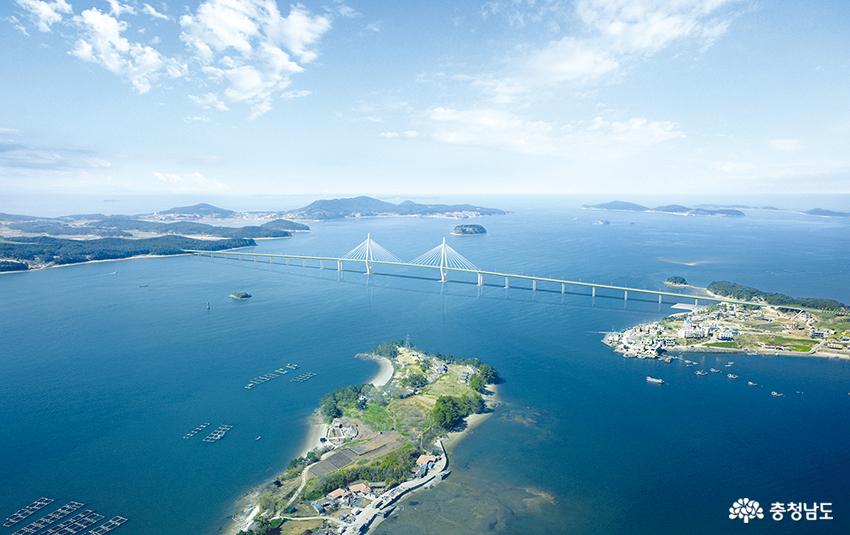 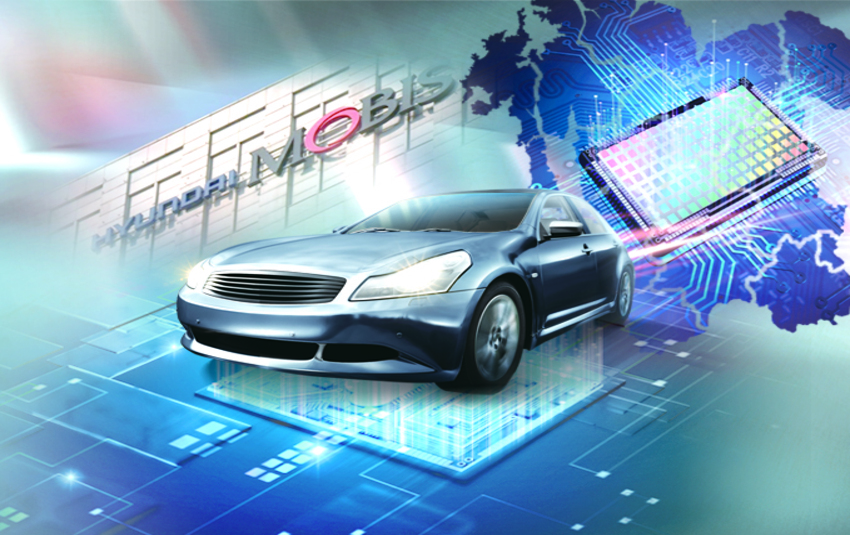 ▲ Chungcheongnam-do and Gyeonggi-do will develop the Asan Bay area as a global economic hub that leads Korea’s Industry 4.0, such as the semiconductor, display, and hydrogen industries.