On August 4, a progress report was made, and related projects were reviewed. 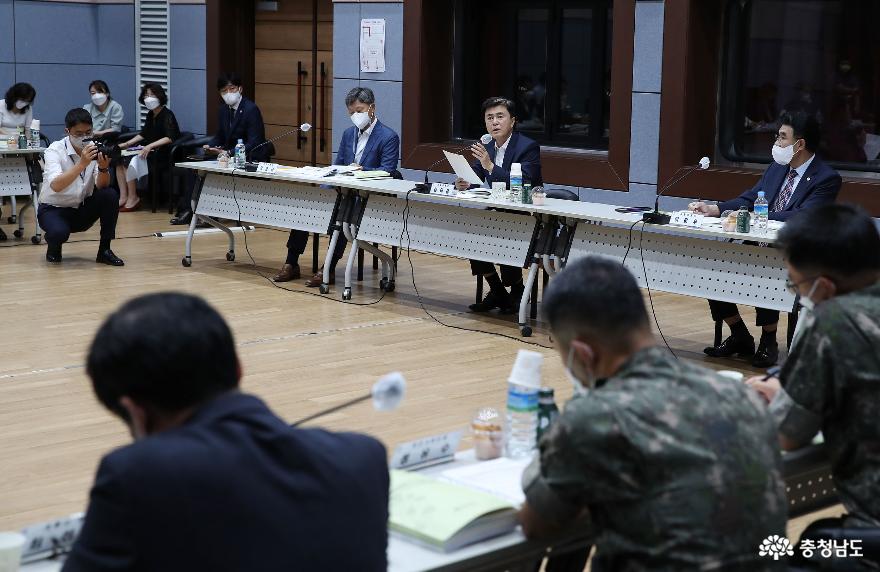 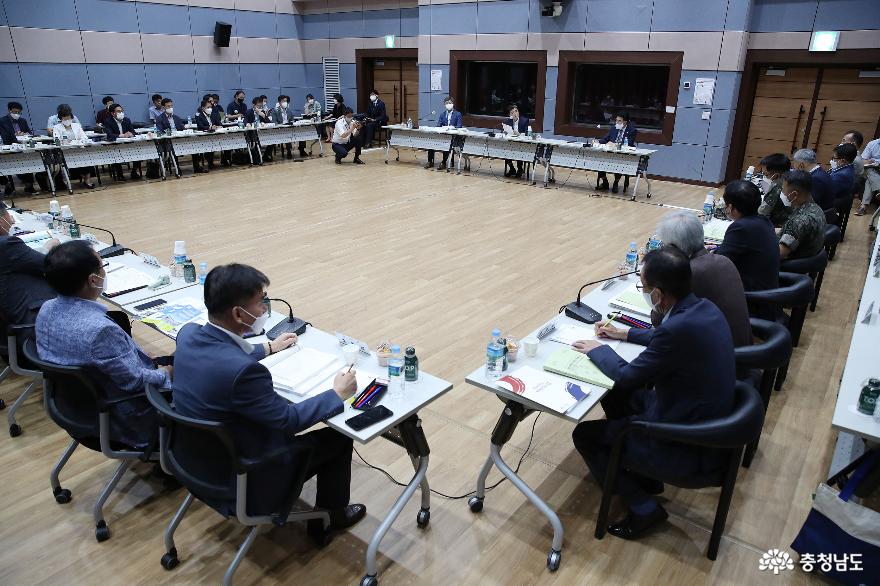 ▲ A meeting to review progress on the preparation for the Gyeryong World Military Culture Expo was held.

Chungcheongnam-do prepared a meeting for government bureaus, departments, and organizations on the preparation status for the 2022 Gyeryong World Military Culture Expo, which will be held in 64 days.

On August 4, the province held a meeting to update officials on the progress of the preparation for the Gyeryong World Military Culture Expo at Gyeryong Culture & Arts Center.

The meeting was attended by about 40 participants, including Governor Kim Tae-heum, Lee Eung-wu, Mayor of Gyeryong City, Jang Jun-gyu, Joint Chairman of Organizing Committee, Ministry of Defense Support Group, ROK Army Planning Group, advisors, and epidemic specialists. At the meeting, detailed preparations and the implementation plans of the Organizing Committee were reported and discussed, and sites were inspected.

At the meeting, the detailed implementation plans and preparations of the Organizing Committee, the Ministry of Defense Support Group, and the ROK Army Planning Group were shared, and the implementation of the plans by the province and Gyeryong City were reviewed.

The province has injected KRW 58.5 billion to 69 items in five categories to ensure the successful hosting of the Expo.

One of the key programs for this expo is the demonstration of the military bands of nine foreign countries, including the United States, the U.K., and Mexico.

Furthermore, considering the unpredictable COVID-19 situation, the province will prepare contingency plans to cope with the pandemic. The Organizing Committee, Support Group, Gyeryong City, and other related parties will share preparations for the epidemic and maintain systematic epidemic prevention.

The province will speed up preparations by reviewing various opinions collected through this reporting session.

Meeting participants visited the expo sites and observed the exhibition halls and other sites being built.

Governor Kim said, “the 2022 Gyeroyong World Military Culture Expo is not just a matter to be handled by the Organizing Committee but needs close cooperation between the provincial government and the Organizing Committee to host a successful expo, and we should also make a thorough preparation in response to COVID-19 to ensure the safety of visitors.

The 2022 Gyeryong World Military Culture Expo, an international event that shares various values of world military culture, will be held from October 7 to October 23 on the runway of Gyeryongdae under the theme of K-Military and Peace.”
List