‘Engine of Chungnam’Open the Way for Innovation City 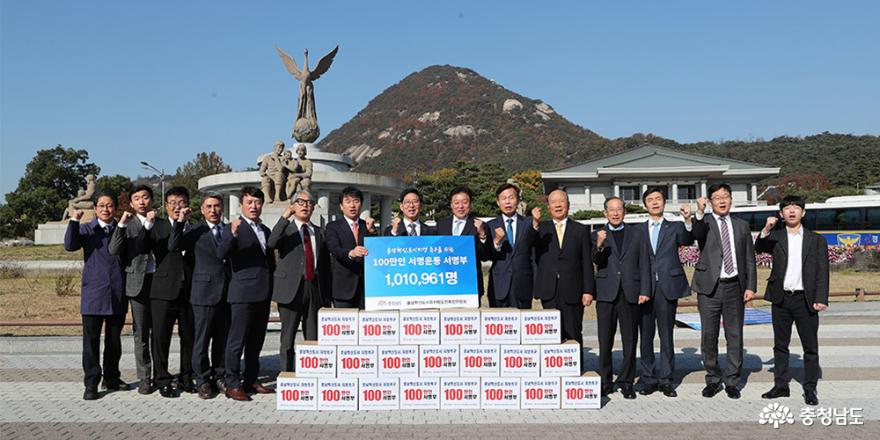 Eventually, the wish of the Province’s 2.2 million residents for the designations of an innovation city has blossomed. The amendment of the Special Act on Balanced National Development has passed the National Assembly, laying the legislative groundwork for the creation of an innovation city in the Province and the relocation of major public institutions from the country’s capital area according to the government’s second phase plan.

The government is planning to relocate more than 120 public institutions to rural Korea according to the plan. The Province is aimed at attracting 20 of them. Out of a total of 124 agencies, the Chungnam TF team launched in 2019 has focused on 78 institutions with a higher likelihood such as the Korea Petroleum Quality & Distribution Authority, the Korea Energy Information Culture Agency, and the Korea Institute of Design Promotion, doing all it can including visiting their offices.

The designation of an innovative city and the attraction of public institutions following the passage of the amendment bill are expected to trigger further economic development in the Province. First of all, the relocation of public agencies is most likely to ramp up employment opportunities for local college graduates to work for government offices.

Other significant benefits include: (1) an increase in the population, (2) attraction of private companies, (3) improvements in living conditions such as housing, education, medical care, arts and culture, and sports, (4) an increase in local tax revenues, (5) revitalization of the local economy, and (6) a priority purchase of local products by government offices.

The Province is to apply for the designation of an innovative city by the Minister of Land, Infrastructure and Transport in July-August 2020. The application will be reviewed and approved by the Presidential Committee on Balanced National Development according to the enforcement decree of the amended Act.

To reduce backlash from the public servants to be relocated from the capital area, the provincial government has prepared benefits to offer them including (1) a 50% reduction in local taxes, (2) a priority in public rental housing, and (3) special admission to desired schools for the children of the relocated institutions’ officials.

The amendment of the Special Act on Balanced National Development is about Korea's bigger future, which can be achieved by a balanced national development strategy. Naepo Innovation City is expected to make a leap forward for the development of not just Chungnam aspiring to become the hub of the Pan-Yellow Sea Region but also the entire Republic of Korea.