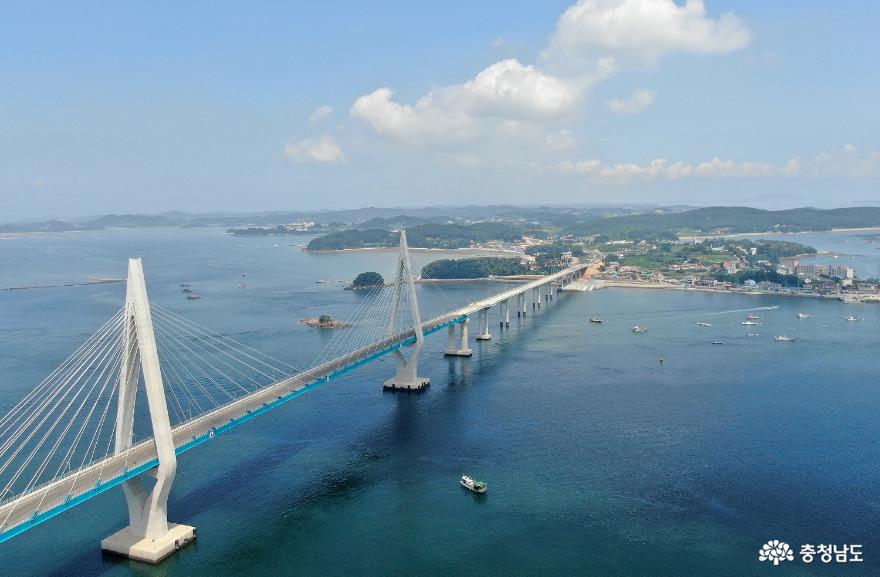 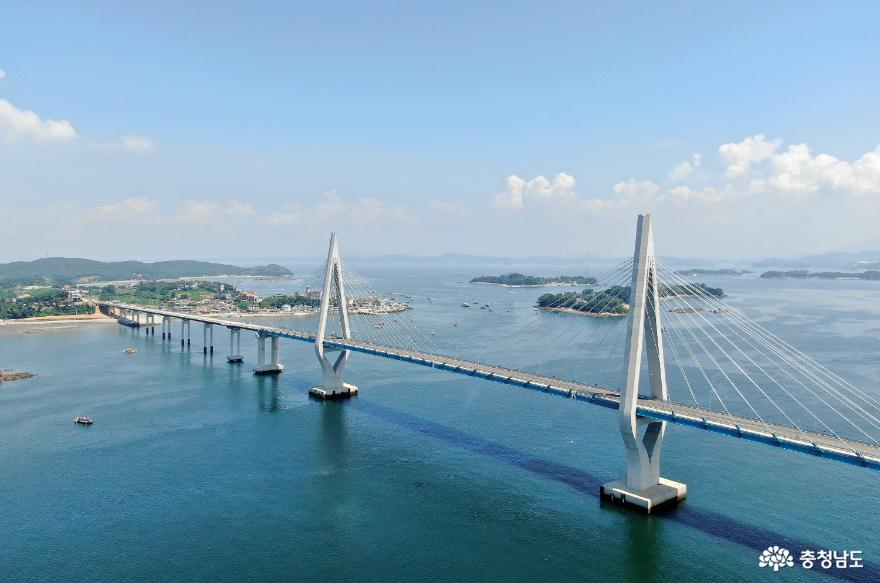 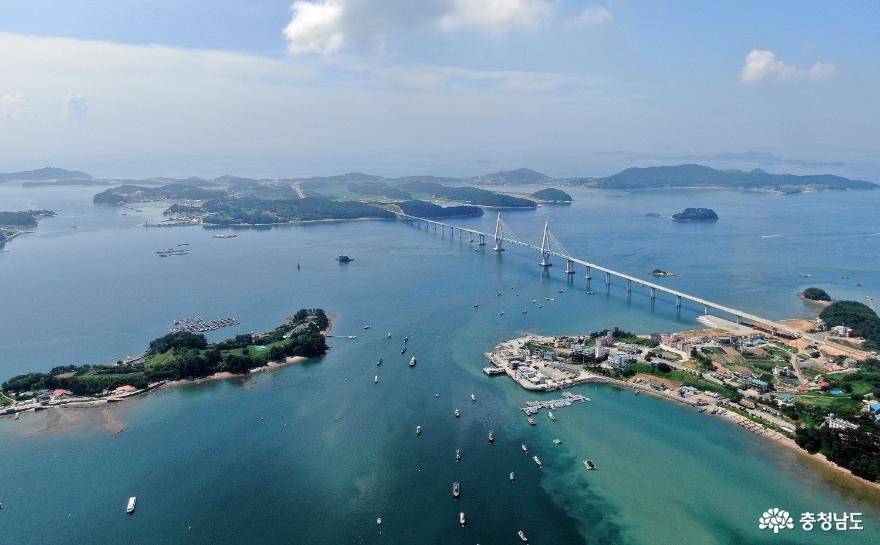 Wonsananmyeondaegyo bridge, one of the major constructions in the province, was opened on the 26th, and the province concentrates its administrative power on promoting ‘Chungnam-type new marine industry' such as establishing a marine leisure tourism center in Wonsando(island) and Anmyeondo(island) area, roads and various infrastructures.

First of all, the province plans to develop a marine leisure tourism center on Sachang beach area in Wonsando(island).

The province predicts Sachang Beach, which has been selected as the project site, would be competitive due to its relatively small tides and low seawater turbidity.

The province promotes to construct a marine healing center on Wonsando(island) beach.

The marine healing center, which will have 18 billion won injection by 2024 on 20,000 square meters of province owned land, will include mud therapy rooms, beauty care rooms, and salt caves etc.

As the forest service division recently approved the designation for the Wonsando(island) natural recreation forest, the province will proceed the related procedures including applying for an approval of development project plan and service, etc.

Tourism infrastructure including parking lots, streetlamps and video conferencing rooms has been completed through the Wonsando(island) theme land development project.

The 4.8km long tourist road to the tourist district will be completed by the end of 2021.

Along with the above mentioned projects, the marine tourism cable cars which would connect the 2,400 room resorts into the main highway are expected to be built as a private investment project.

The marine tourism center with an observatory tower, a specialty product shop and a visitor center will be created at the Yeongmok Harbor on the Anmyeondo(island).

A total of 4.6 billion won will be allocated to this project.

The Anmyeondo(island) tourist development which is one of the province’s long desired projects is expected to have a new support from this marine bridge opening.

The province will also invest 50 billion won to intensively boost small size cruise ships on the west coast including Wonsando(island) and Anmyeondo(island).

To do so, the provincial government will proceed establishing a regulation for the cruise industry support plan in the first half of next year and creating a cruise industry development committee, and thereafter other tourist destinations development will be proceeded to promote cruise tourists.

The province will establish‘the Chungcheongnam-do(province) Marine leisure tourism development strategy’, proceed the research service and plan core strategies by the first half of next year in response to the rapid changes of the leisure tourism conditions such as a marine bridge or a undersea tunnel etc.

The social overhead capital(SOC) expansion business which will support the construction of a new tourism belt in the west coast gets accelerated through this marine bridge opening.

The four carriageway expansion project of Anmyon Bridge's 1.6km section between Shinon-ri∼Anmyeon-eup(town) Chanki-ri in Taean Nam-myeon on national route 77 is expected to get boosted with its national budget of a 4.5 billion won next year.

The province expects a significant improvement in transportation environment, including tourist travel and logistics, once the project is completed.

The full-fledged construction for the four carriageway expansion project of the 22.3km section between Anmyeon-eup(town) Changki-ri∼ Marine Bridge on national route 77 will proceed the initial process once the national budget of 2.85 billion won is reflected.

The province administrator stated "The Wonsananmyeondaegyo Bridge opening is meaningful as an initial stage to complete the new tourist belt in the west coast” and added "The opening of the submarine tunnel in 2021 will likely lead to a surge of tourists visiting in the area, and we will further accelerate to complete marine leisure tourism in Wonsando(island) and Anmyeondo(island) areas.”

The Wonsananmyeondaegyo Bridge, which connects Boryeong Wonsando(island) and Taean Anmyeondo(island) on national route 77, is 1.8km long which is the sixth longest bridge in nation and is a four-lane marine bridge.

Since December 2010, 208.2 billion won has been invested over the past nine years.

Once the undersea tunnel is completed in 2021, the distance from Daecheon Harbor to Yeongmok Harbor will be shortened from 94.39km to 14.1km and the drive hour will be reduced from to one hour 50 minutes to 10 minutes.