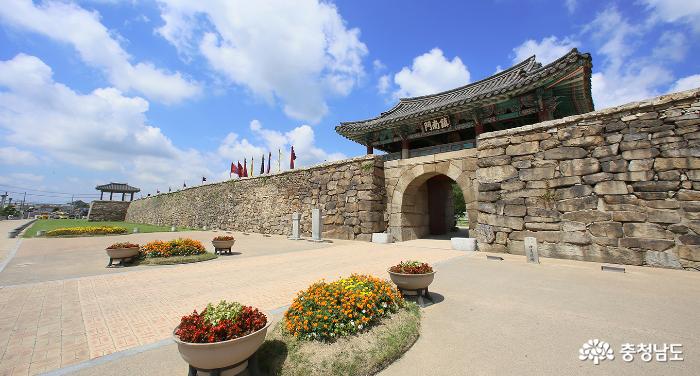 Chungcheongnam-do has more Catholic Church-related historical sites than other provinces, and it is said to have both regional distinctiveness and universality with the biggest number of holy grounds and historical sites.

Playing a crucial role in the diffusion of Catholicism in the country in its early days, the Naepo area (referring to Dangjin, Seosan, Yesan, Hongseong, and Boryeong) in the province produced many martyrs during the four leading persecutions against the religion. Each region in the province introduces its unique holy grounds associated with these martyrs including martyrs' shrines and relevant buildings, etc.

There has been an increase in the number of visitors to holy grounds in Solmoe and Haemi, Chungcheongnam-do following Pope Francis’s visit in August 2014.

Chungcheongnam-do and Roman Catholic Diocese of Daejeon have started taking steps to register Catholicism-related heritage objects in the province with UNESCO as world heritage in connection with the need to remember their historical significance as those with universal value that mankind should cherish.

On April 14, Governor An Heejung and Bishop Lazzaro You Heung-sik of the Roman Catholic Diocese of Daejeon signed an MOU for the registration of Catholicism-related heritage objects in the province as world heritage  at the meeting room in the Chungcheongnam-do Provincial Government Office.

Under the MOU, the two parties will work together to define the originality and “outstanding universal value” of said heritage objects in the province, register them as UNESCO world heritage, and manage them as leading local heritage objects.

The two parties will conduct basic survey and research on said subjects together as those to be protected for the good of the entire humanity.

The Provincial Government Office will have the Chungnam Institute of History and Culture complete the procedure for having said objects join the UNESCO World Heritage Tentative List by June 2017 including basic survey and administrative procedure.

For its part, the Catholic Church will provide all forms of support possible for the basic survey of the Provincial Government Office, including the relevant materials and experts’ consultation.
“We will strive to keep all Catholicism-related historical sites in the province in good condition and encourage visitors to stop and think about their significance,” Governor An said at the MOU signing ceremony.

Commenting on the matter, Bishop Lazzaro You Heung-sik noted that, during the persecution of the Catholic Church in Korea in 1886, 8,000 to 20,000 followers were estimated to have been martyred. “About 80% of Catholic Churches were located in the Naepo area at that time. The ongoing efforts to have Catholicism-related holy grounds registered as UNESCO world heritage are not just for the church, but for the spirit of mutual understanding and coexistence. I hope this would contribute to expanding the culture that leads to the world of harmony,” he added.