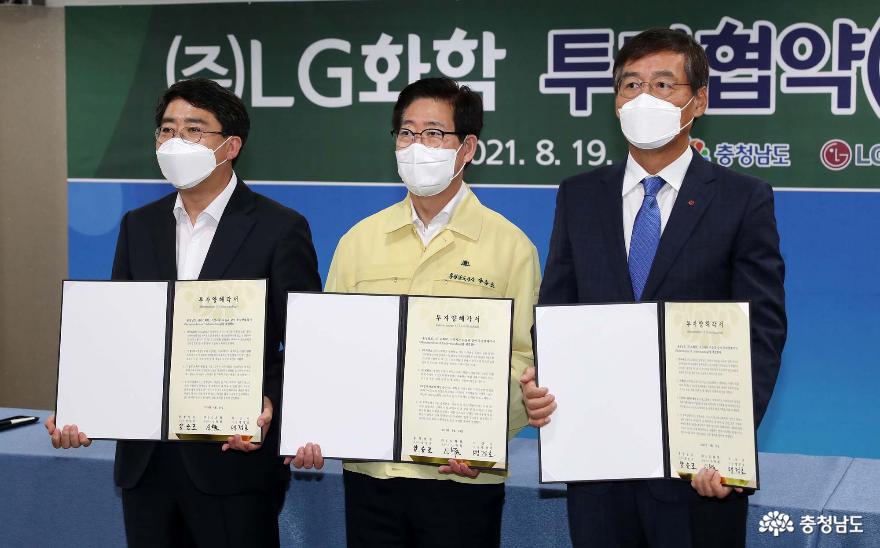 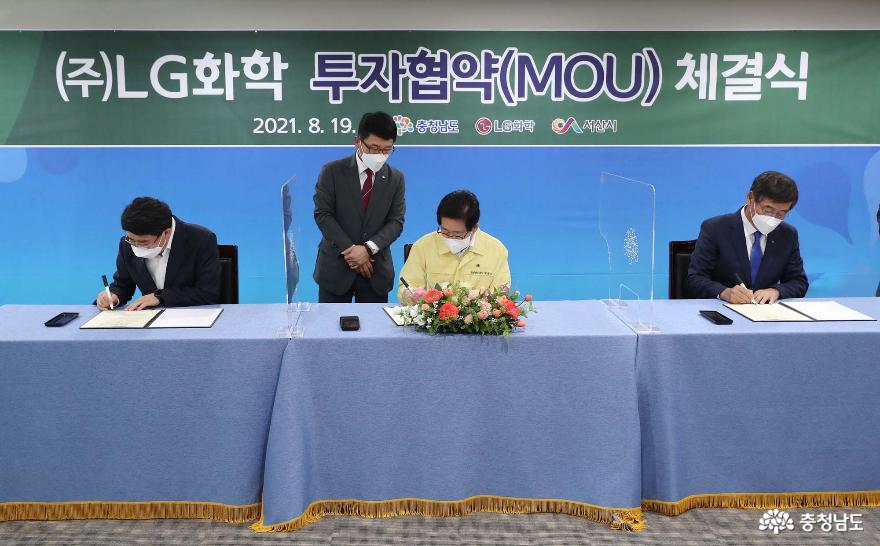 According to the MOU, LG Chem will build ESG plants covering 438,795㎡ in Seosan-Daesan 3 Industrial Complex.
LG Chem will invest KRW 2.6 trillion from this month until April 2028. The company will build two plants to produce biodegradable PLA film for agriculture and POE for solar panels with an initial investment of KRW 480 billion. Then LG Chem will construct factories to produce materials for EV batteries, plastic recycling, greenhouse gas emissions reduction, and sanitary materials.
With these new plants, LG Chem is expected to establish itself as an ESG firm, as well as a global chemical company. Moreover, LG Chem will foster a family-friendly corporate culture to ensure the sustainable development of communities while fulfilling its corporate social responsibility for local economic revitalization.
Chungnam Province and Seosan City will provide administrative and financial support to ensure LG Chem’s ambitious plans can be successfully implemented.
The province expects Seosan City to see an increase in production of KRW 559.6 billion, an added value increasing by KRW 104.3 billion, and the employment of 4,000 people if LG Chem’s investment is implemented as planned. The construction of plants will generate KRW 3.4683 trillion, the added value of KRW 1.2139 trillion, and 32,099 jobs in the province. 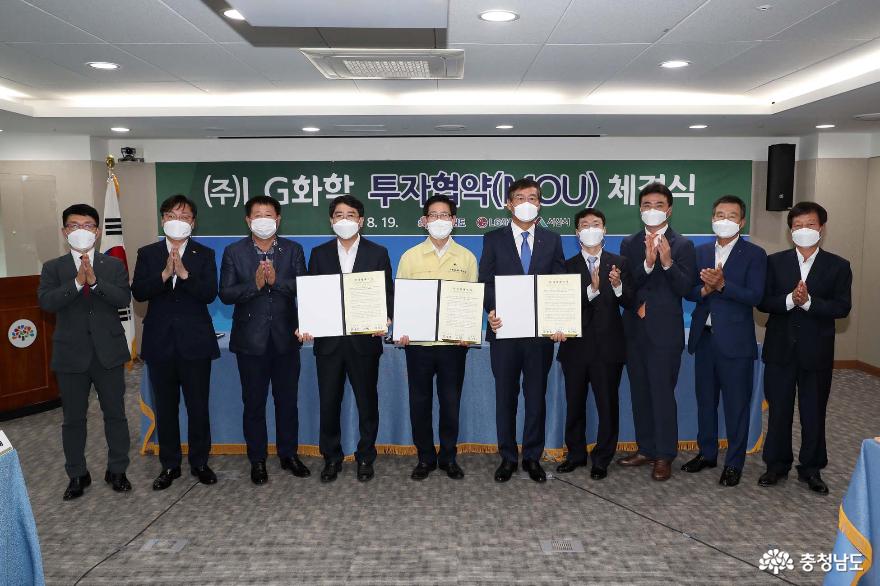 At the ceremony, Governor Yang Seung-jo expressed his welcome to this investment decision, saying, “Korea’s leading chemical company, LG Chem, has grown in diverse sectors, such as petrochemicals, high-tech materials, and life science, leading the world’s petrochemical market, and contributing to the future of mankind. To build a happy and prosperous province, it is essential to make a business-friendly environment, and one of the four goals of Chungnam Province is to make the province a favorable place for business. Therefore, we will ensure LG Chem will grow further in Chungnam, making business-friendly policies to allow businesses and the local economy to grow together.”
Incorporated in 1947, LG Chem is a global company with KRW 30.765 trillion in sales last year, and has a Daesan plant in Chungnam.