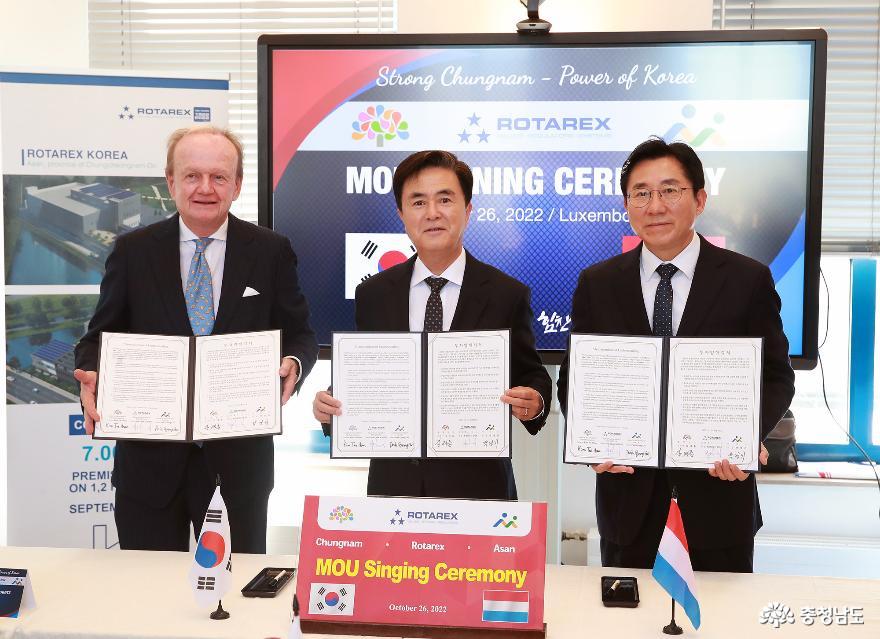 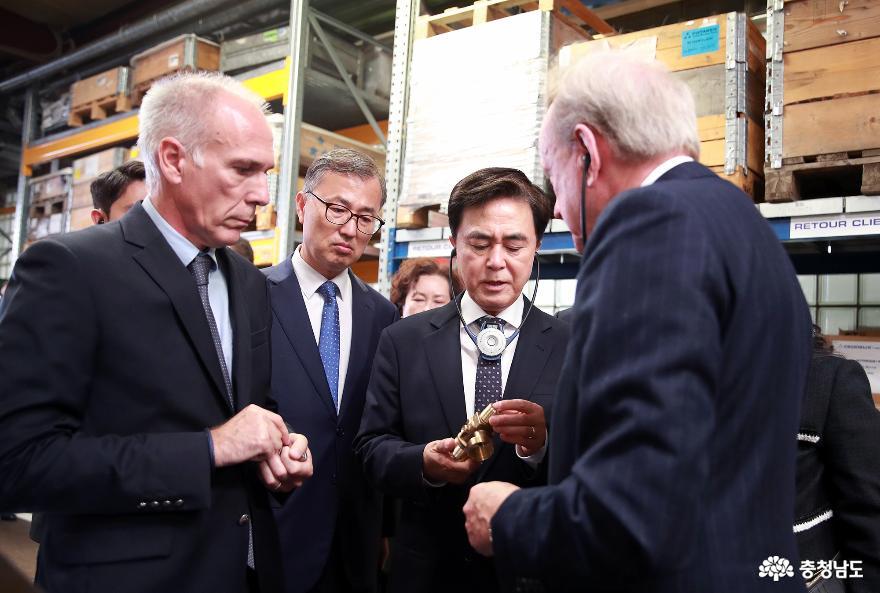 Governor Kim Tae-heum, who is on a business trip in Europe to attract foreign capital, signed an MOU at the Head Office of Rotarex in Luxembourg on October 26, with Jean-Claude Schmitz, Chairman of the Board at Rotarex and Park Gyeong-gui, mayor of Asan City in attendance.

According to the MOU, Rotarex will relocate its production line and headquarters in Luxembourg to its existing plant in the foreign investment zone of the Asan Tangjeong (area of 12,609㎡).

Rotarex will invest USD 10 million and make efforts for the promotion of the local economy by hiring residents.

The provincial government and Asan City will provide the utmost support in issuing licenses and processing other administrative matters until Rotarex completes the relocation of the production lines.

Chungcheongnam-do expects sales of KRW 65 billion, exports of KRW 20 billion, and import replacement of KRW 15 billion for the next five years if the investment of Rotarex proceeds as smoothly as planned.

Governor Kim said, “I welcome the additional investment of Rotarex, which has long history and tradition with regional headquarters and plants in 21 countries, and we will provide the utmost support.”

Before signing the MOU with Rotarex, Governor Kim met with Yun Sun-gu, the Korean Ambassador in Luxembourg, at Hotel Le Royal in Luxembourg, then moved to Munich, Germany.