Promoting the Carbon Neutrality Policy of Chungnam in a Global Conference

The Secretariat of the Under2 Coalition supported Chungnam’s carbon neutrality policy and agreed to cooperate. 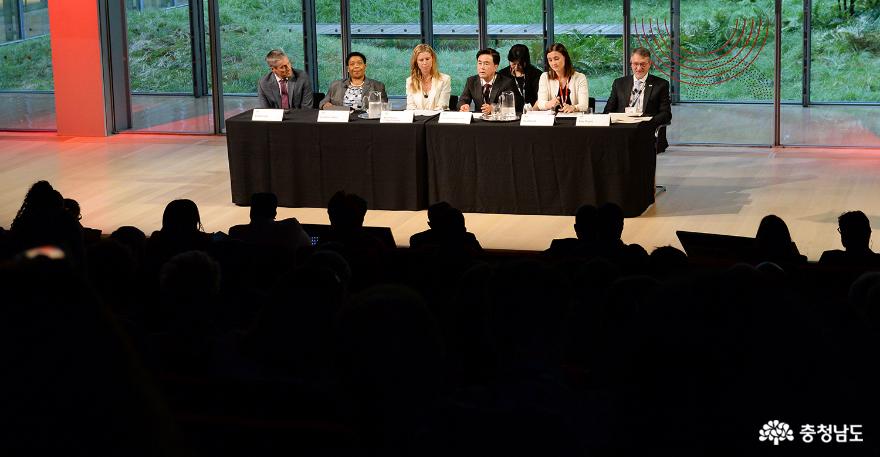 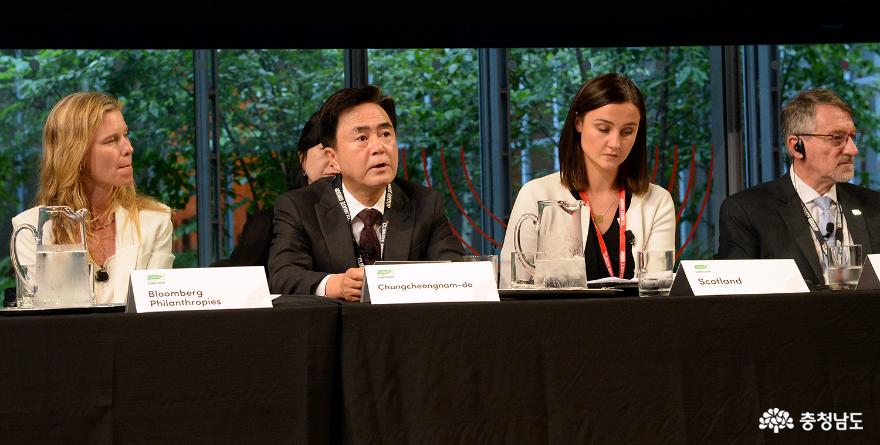 Governor Kim, Co-chair of the Asia Pacific region, attended the Under2 Coalition Congress held on the first floor of the New York Times Center on September 19th. He said, “The Asia Pacific region envisions all 47 members reaching net-zero emissions by 2050 though it is challenging.”

He started his remarks by saying, “I am pleased to see Chungnam province play a significant role in responding to the global climate change crisis, and I will fulfill the responsibility as a co-chair.

As for energy transition, he emphasized the possibility and necessity for reaching carbon neutrality, pointing to the metropolitan cities of Australia that are now entirely powered by renewable energy as an example, and said that in the new growth engine sector, the development of the hydrogen industry, the distribution of electric vehicles, and smart agriculture have emerged as priority tasks to achieve a low-carbon circular economy.

Governor Kim emphasized, “I will strengthen the cooperation between the members to convert from ‘declaration” to ‘implementation’ of tasks and carry out realistic and effective policies that reflect the geographical and economic conditions of members. In the short-term, I will focus on developing technology to reduce greenhouse gas emissions and boosting investment in green industries, such as hydrogen and rechargeable batteries.”

After communicating his commitment to carbon neutrality, Governor Kim obtained the active cooperation of the Under2 Coalition in implementing policies at his first meeting with the Secretariat, which took place before the General Assembly.

At the meeting, Governor Kim told Tim Ash Vie, the Director of the Under2 Coalition Secretariat, “Chungnam province will speed up energy transition by cooperating with the central government and shift to a low-carbon industrial structure to lay a foundation for new growth, and all 259 members of the Under2 Coalition should make the utmost efforts to reach net zero emissions through policies.”

Governor Kim suggested that the Secretariat of Under2 Coalition should visit Chungnam next year and attend a climate conference and review projects with Korean companies, and Tim Ash Vie promised cooperation and solidarity by saying he would make the utmost efforts to have the governor’s proposal realized.