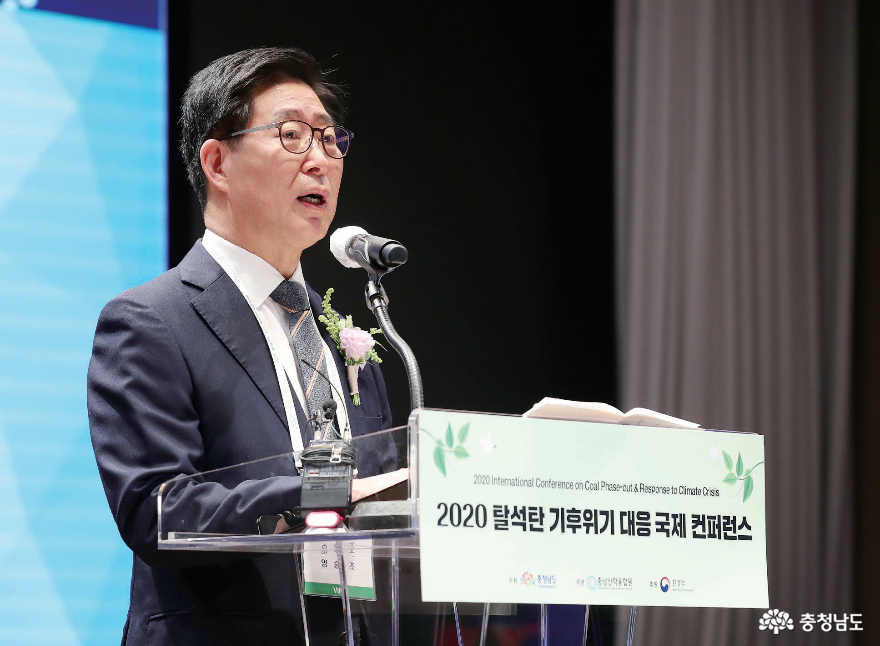 The scope of the ‘green finance for coal phase-out,’ which began in the Chungcheongnam-do Province, will be expanded to 56 public organizations nationwide at KRW 150 trillion.
Last October, the ‘2020 International Conference on Coal Phase-out and Response to Climate Crisis’ was held at Splas Resom in Yesan. At this event―which was held to discuss the Green New Deal and fair shift of direction in the midst of the climate crisis with experts at home and abroad―49 officials made their appearances on-site including Governor Yang Seung-jo, Provincial Assembly Chairman Kim Myung-sun, and Canadian Ambassador to Korea Michael Danagher. Likewise, delegates of governments, institutions, and organizations at home and abroad including National Council on Climate and Air Quality (NCCA) Chairman Ban Ki-moon, UN Deputy Secretary-General Amina Mohammed, and Intergovernmental Panel on Climate Change (IPCC) Chairman Lee Hoe-seong took part via videoconference or online.
The green finance for coal phase-out is a policy to encourage financial institutions’ investment reduction in coal-fired power plants by adding investment items for coal phase-out and renewable energy in the evaluation criteria when the local governments or offices of education select their funding institution. The Chungcheongnamdo Province was the first in Asia to join the Powering Past Coal Alliance (PPCA) in 2018; while in 2019, it introduced Korea's first ‘green finance for coal phase-out policy’ and reflected it to the selection of funding institution by evaluating the following: declaration of coal phaseout; investment status in coal-fired power plants; and performance in shifting to eco-friendly energy source. 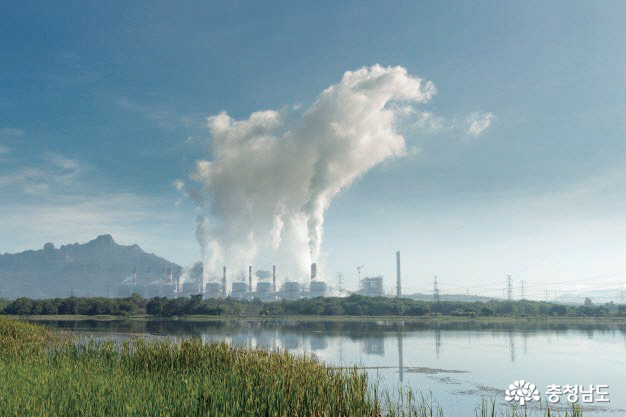 In this event, seven metropolitan cities and provinces offices of education in eleven cities and provinces and 38 local governments nationwide including fifteen cities and provinces in the Chungcheongnam-do Province joined the eclaration of coal phase-out. The annual financial scale of the 56 organizations above was KRW 148.8712 trillion in all.
“There have been various abnormal signs that threatened humanity such as heat wave, drought, flooding, and new infectious diseases due to global warming caused by greenhouse gas, which, also, is emitted by the humans. In order to ensure a sustainable world, we must refrain from investing in coal-fired power plants, which generates massive amounts of greenhouse gases as the major cause of climate crisis, and expand our investment in renewable energy.” the 56 institutions emphasized in the declaration.
Furthermore, they pledged to widely spread climate finance by reflecting coal phase-out and renewable energy investment items in the evaluation criteria when selecting funding institutions.