The 40-minute Hongseong-Seoul high-speed railway, a growth platform for the marine industry along the Yellow Sea and the Pan-Yellow Sea Region including the innovation city 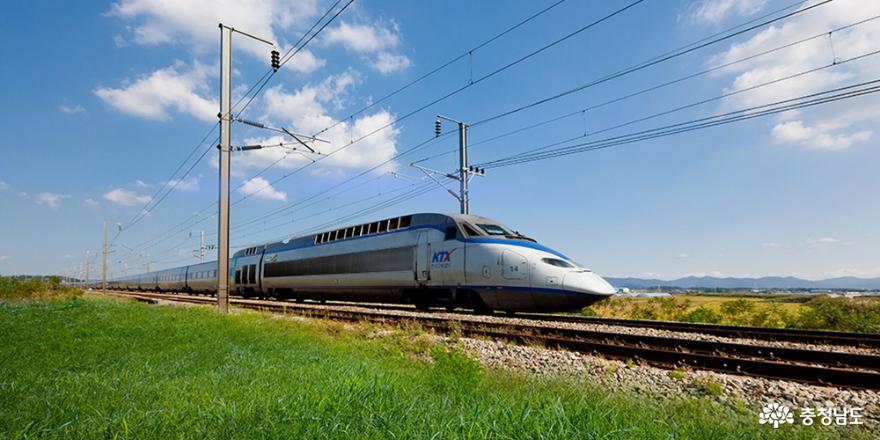 Chungnam proposed expanding the KTX high-speed rail network as a catalyst for the further development of the new maritime industry. The Province has suggested expanding the country’s KTX network by connecting 7.5 kilometers between the double-track Seohae Line and the Gyeongbu High-Speed Railway. When completed, the railway network will shorten the travel time between Hongseong and Seoul to 40 minutes.

It is short-sighted to view the Province as the only beneficiary: The double-track railway extension will directly benefit Gunsan and Iksan in Jeonbuk Province as well as Boryeong in Chungnam. A probable analogy might be a new speed boat serving stakeholders that will foster a new marine industry in the region.

The project is closely related to the Chungnam-style new marine industry, which the Province is promoting from a national perspective, including marine bio, marine healing, marine ecological restoration, and marine leisure tourism. In January 2020, legislation related to marine healing passed the National Assembly for the first time in Korea, laying the foundation for the healing industry based on marine resources as in Germany and Japan.

It was the result of the Province’s strong commitment to utilize the infinite resources of the West Sea in eco-friendly ways. The Garorim Bay National Marine Garden project at the country’s only marine bio-protection area was designated by the Ministry of Economy and Finance in December 2019 as suitable for a feasibility study for its plan to create a marine garden of win-win and coexistence.

Amendment to the Special Act on Balanced National Development, which can serve as the basis for Chungnam Innovation City, was passed, clearing the way for the designation of an innovation city in the Province which will grow into a hub city for the Pan-Yellow Sea Region.

The KTX high-speed rail network expansion will connect the country’s two massive transportation networks, linking Hongseong in the Province to Seoul by rail within 40 minutes. The gap in the access to the KTX service along the west coast in Chungnam and Jeonbuk Provinces will be largely overcome: For instance, residents along the west coast of Chungnam (100-200 kilometers from Seoul) had to spend three hours to get to Seoul from Janghang in Chungnam, the same amount of time as the Seoul-Busan rail travel.

The expansion of the KTX high-speed rail network is a massive commitment that will driving the development of the Chungnam-type new maritime industry, the Chungnam Innovation City, and the backward areas along the West Sea. Once included in the 4th National Rail Network Construction Plan, the project, including design and construction, is estimated to be completed by 2030.